February 23-March 21, 1988 It took a long time to adjust to Japan. My first impression of Japan was hazy, depressing, cold, partly because of the heavy pollution (see top two photos). The first time I tried to phone my parents, I heard a Japanese recorded message on the phone. The radio stations were in Japanese, people all spoke Japanese. It was a bit nightmarish at first. Remember kids...this was before the internet. The only economical means of communication was the U.S. Postal Service. Phoning the states cost me $240 an hour if I dialed direct (about $80/hour collect), or if someone phoned me from the states it was $48 an hour with a discount calling plan! I was also 15 hours ahead, so I had to place my $80/hour phone call at odd hours. I missed my friends, I missed my car. I was back in the dormitories with a strange roommate, afraid to travel alone, and I was depressed. I phoned Karen from my room--she was in-country, so it was a local call. She wasn't happy either...she'd been sent to work in a different location since the incident, away from her friends. Five weeks after my arrival in Japan, I was sent up to Misawa Airbase to work in Karen's office, and then again two-weeks later.

On February 21, Karen met me at the Misawa air terminal and drove me around the airbase. I had no other friend in the world, so I visited her often during my stay (I was sweet on her too, in the way Forrest Gump was sweet on Jenny). I'd bring her lunch and hide it in my coat to keep it warm. One night she had friends over, and there was beer served. When I left her room it was dark, there was a blizzard, Misawa airbase was strange to me, all the buildings looked the same (it was a military base), and since I wasn't wearing glasses, I had the eye sight of a bat. I wandered around for two hours looking for my room which was only a short distance from Karen's. I found a building which looked exactly like the one I was staying in, went to my room number, opened the door with my key, and found a woman in there. She calmly asked me who I was, and we found out that it was the wrong building, but the correct room number, and my key worked! I was so puzzled! She didn't panic and I left. I helped dig someone's car out of the snow, warmed up in a dormitory for a few minutes watching TV with some strangers, and then finally found my room!

Karen was not in a warm mood. It hurt both of us. I talked about her to my roommate where I was staying. He told me I was in love. The thought had never occured to me, but it didn't take long to see he was probably right. When Karen saw me off to Yokota, as the call for my flight blared over the loud speaker, I said,"I think I love you." She said,"I know". It was the first time I'd said that to anyone.
Upon my return to Yokota, I saw Karen couldn't return my affection, so I concentrated on ME. At first I was so depressed I wished I 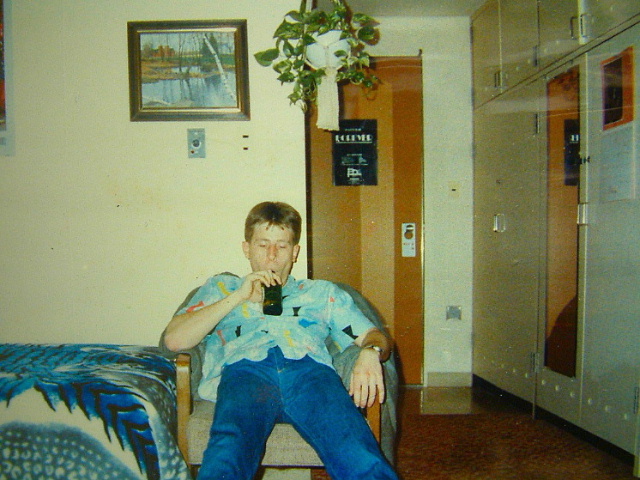 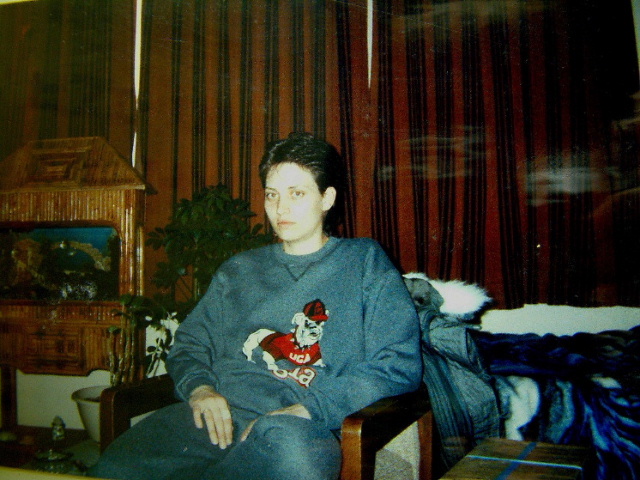